When you talk about successful personalities in the cryptocurrency, blockchain, and cyber world, it’s hard to leave John McAfee off that list. However, John McAfee’s net worth is highly disputed due to the way McAfee both earns and spends his money.

John McAfee successfully developed software company McAfee Associates in the late 1980’s and has since become a world famous name, especially in the cryptocurrency industry.

His outlandish persona on social media paired with his seemingly endless wealth has made him one of blockchain’s most enigmatic people.

But, with that said, who exactly is John McAfee and how much is his net worth?

Who is John McAfee?

John McAfee’s success stems originally from McAfee Associates. His first software company was best known for creating very popular security and anti-virus software. Since the company’s founding in 1987, McAfee Associates has undergone a number of changes including changes in ownership, naming, and location. McAfee left McAfee associates in 1994.

Before starting McAfee Associates, John attended Roanoake College in Virginia. He has a bachelor’s degree in Math and was later awarded an honorary Sc. D. in 2008.

While working at Lockheed Martin, McAfee encountered a computer virus and thus began his serious interest in cybersecurity.

Upon his departure from McAfee Associates, John started and worked for a number of technology-based companies. These companies ranged from firewall software, instant messaging, and cryptocurrencies.

The source of John McAfee’s current income is questionable. It is likely that he recieved income from at least some of his previous companies. Additionally, it is assumed he carries a significant portfolio of cryptocurrencies including Bitcoin and Ethereum. Both of these assets have seen considerable appreciation in value over the past 6 months.

It appears McAfee also earned a significant amount of money by promoting questionable ICOs in 2018.

What Is John McAfee Net Worth?

At his richest, John McAfee had a net worth of approximately $100 Million. Since then, it is assumed his net worth has decreased considerably due to seizures from government entities, an expensive lifestyle, and diminishing sources of income. In 2021, John McAfee’s net worth is estimated at $15 Million.

As a key founding member of several companies that are all worth several millions of dollars, it is assumed John McAfee will not be short on cash any time soon. In addition to his equity holdings from his several previous companies. His holdings in cryptocurrencies are estimated at approximately $5 Million. 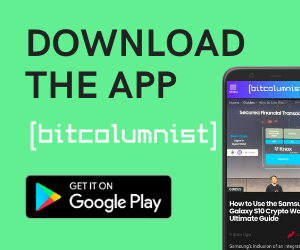 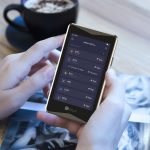