Bitcoin and cryptocurrencies in general have finally come into their own in recent years. Over $278 billion gets traded on Bitcoin alone each day. One Bitcoin, alone, is worth over $14,000 at this point.

Cryptocurrencies have escaped their underground status to finally become an industry in their own right. This transition has thrown investors into a frenzy and for good reason. After all, if you could’ve bought stock in Xerox or Apple for a quarter a share, wouldn’t you be excited?

Initial coin offerings, or ICOs, have been one of the most popular ways for investors to get started with new cryptocurrencies before they become prohibitively expensive. The trouble with this is that everybody knows this technique, at this point. With so many cryptocurrency investors watching and waiting to snatch ICO drops when they occur, this becomes like trying to find the next Fortune 500 stock from the penny stock listings.

ICO drops aren’t the only way to get started investing with cryptocurrencies, however. Here are a few other ICO drops alternatives if you’re looking for even more cryptocurrency investment opportunities.

Trends have a funny logic to them. When something first becomes the next big thing everyone wants a piece of it. But there’s a tipping point, as well, where things become too trendy and then people begin to distance themselves from the initial movement.

ICO drops are no different. ICOs became the equivalent of getting in on the ground floor of a hot new startup. Once investors became aware of the earning potential that ICO drops can bring, there was a virtual goldrush on initial coin offerings. This created the conditions for a variety of ICO alternatives to take hold.

Some alternatives to ICO drops are simply a matter of rebranding. This could be for the sake of novelty or it could also be for legal reasons. You’ve got to be able to tell the difference to be able to identify actual ICO alternatives.

A security token offering (STO) splits the difference between a regular cryptocurrency coin offering and a traditional stock. STOs are fully-fledged ICOs that are backed by the U.S. Securities and Exchange Commission. These come in a variety of levels which categorize their availability.

A Reg D STO is available to institutional investors only. Reg S STOs are from crypto providers from outside the United States. STOs that are okayed for retail investors are given a Reg A+ rating, which is the dream for most STO providers.

Bitcoin and cryptocurrencies in general started out as an ethical concern, we must remember. The very notion of cryptocurrency as an investment is a bit antithetical to what the whole industry was supposed to be about. It’s intended to stop all wealth and capital from concentrating in a few hands, after all.

That makes it a bit problematic when a few investors are able to get all of the initial coin offerings. This is why developer Vitalik Buterin created Interactive Initial Coin Offerings (IICO) in a bid to stop a few giant investors from snatching up all of the ICO tokens when they become available.

IICOs work by owners putting a price cap on what they deem a fair price for their fundraising purposes. If an investor puts down more than that and the crowdfunding goal is reached, the surplus is returned back to the investor. This gives more investors an opportunity to procure an ICO.

The cryptocurrency Metronome featured an unusual format for their initial coin offerings. The Initial Supply Auction is arranged like a backwards auction. Prices start off high and then work backwards towards an intentionally low price floor for as long as the auction is open. Tokens are made available almost as soon as the auction is over, issued at the bidding price. Investors are advised to bid at what they feel is a fair price for a MET token.

Both the initial supply auction and the IICO are intended as a way for anyone who wants to be able to invest in an ICO to be able to do so. They both reflect cryptocurrency’s idealistic origins combined with attempts at being actually practical and actionable. These attempts are a perfect illustration of what makes cryptocurrencies so exciting and such an innovative investment opportunity.

Simple agreement for future tokens, or SAFT, offer a way of avoiding the risks of investing in a project that is still under development. SAFTs are like a pre-sale for tokens or ICOs. Future investors are able to purchase SAFTs at a low price with the understanding they will receive their tokens once the network is live.

This is a simple, straightforward for crypto owners to crowdfund venture capital and investors to get ICOs at a low, affordable price.

The ICO drop alternatives are simply the vanguard of a whole new emerging industry. As cryptocurrency and Bitcoin becomes more established and accepted, we will see more and more clever alternatives to initial coin offerings. These four ICO alternatives should give you an idea of what to look for, and where to look!

Looking To Invest In Bitcoin?

The cryptocurrency market is one of the most exciting investment opportunities of the 21st Century, thus far. It is literally a brand new market. There’s no telling how far this revolutionary new market will go and what future opportunities it will bring. 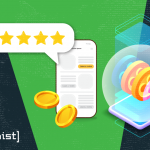