Last week, after receiving so much excitement on Twitter with “wen DIGG” memes, DIGG, BadgerDAO’s long-awaited synthetic rebasing Bitcoin, was finally released. To ensure a fair and flat launch, BadgerDAO set up a unique distribution. Jon Tompkins, core BadgerDAO contributor, and distribution architect explained that Badger DAO used a “formula centered on an Ethereum address’ activity in the BadgerDAO app” to determine the “amount of claimable DIGG for each eligible account.” This formula took into account “[f]actors such as total native platform Badger tokens earned, the Badger earned to Badger staked ratio, and total stake days were taken into consideration.” 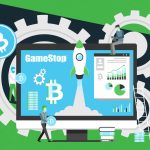