Do you need a versatile crypto wallet to store Ethereum in? Or are you looking for a more user-friendly solution for logging in to blockchain apps?

Either way, the Fortmatic wallet—recently rebranded to Magic—could be the perfect choice for you.

Fortmatic is a platform for developers to integrate blockchain technology into their applications. Blockchain integration is usually complicated, with dozens of steps involved in authenticating and securing crypto accounts. It also comes with the risk of having your crypto wallet breached, as crypto keys are publicly viewable.

Fortmatic attempts to solve these problems by providing a secure system and a simplified interface for app developers and their users. It’s an easy-to-use alternative to web3 platforms like Metamask, allowing users to access Ethereum-based applications from any device, without third-party extensions.

That’s not all that Fortmatic can do, however. It also includes a useful crypto wallet for securely storing your digital assets. But is it the best wallet for you?

To find out, keep reading this in-depth Fortmatic wallet review.

Fortmatic was started in 2018 by Sean Li, but he wasn’t always building crypto wallets. Before founding Fortmatic, he was creating a platform called Kitematic, which made certain software designed for Linux run better on Macs and PCs. Kitematic was then acquired by Docker, a company Sean Li had worked for in the past.

While working on Kitematic, Sean Li became interested in the Ethereum blockchain. Since he also had a passion for making complex technology accessible to everyday users, he built Fortmatic, which simplifies blockchain apps for less experienced people.

In 2020, it was announced that Fortmatic would be changing its name to Magic. Fortmatic also said that it had received $4 million in investor funding for its future development. This is a good sign for Fortmatic users since it suggests the platform will become more feature-rich and widely available in the future.

Why should you consider using Fortmatic yourself? Read on to find out.

Whether you’re a developer or a crypto investor, Fortmatic’s ease of use is its primary selling point.

Fortmatic is a tool that lets users interact with dApps, or decentralized applications. These apps use blockchain technology to function, and normally operate using Ethereum. But they’re also quite complex, and usually require either a special browser or a browser extension to access.

This is the first place where Fortmatic stands out. Unlike other tools for interacting with dApps, such as Metamask, Fortmatic can be run on any browser or mobile device. This means Fortmatic users can easily sign in and use dApps, no matter where they are.

Second to its accessibility, Fortmatic’s wide compatibility is a major advantage. Fortmatic and its crypto wallet aren’t just easy for everyday users to use. It’s also easy for developers to implement in their blockchain applications.

Any dApp developer can integrate Fortmatic into a web3 program just by inserting a few lines of code. Because of this, Fortmatic has grown quickly in the few short years that it’s been available. It’s compatible with a wide variety of blockchain platforms and used in many dApps. Thanks to its ease of implementation, it will likely show up in many more places in the future.

Several noteworthy companies have partnered with Fortmatic to improve their services for users. Some of them you may have heard about include Airswap, OpenSea, Zerion, and Radar Relay, just to name a few.

Any time you’re logging into an online application, security should be one of the first things on your mind. And when that application involves sensitive data or finance, security is even more important.

Fortmatic had made itself famous for being easy to use, but thankfully it doesn’t compromise on security. In fact, when integrated into blockchain systems, it actually makes them more secure.

This is because Fortmatic removes the need for personal wallet keys to be publicly viewable. In competing systems, hackers can download private keys and use their own hardware to decrypt them, without being tracked. But when your wallet keys are protected by Fortmatic, any attempt to hack into the system can be identified and obstructed.

Fortmatic uses hardware security modules that are used by many of the best custodial services in the crypto industry. But in addition to tight security, they provide an easy way for users to log in to applications while keeping their assets safe.

User-friendliness has been the primary focus of this review. But just how does Fortmatic work for users?

To use Fortmatic’s wallet, you must open a dApp or exchange that supports it. For exchanges, simply find the option to connect your crypto wallet for payouts and transfers. Then select Fortmatic from the list of available options, and sign in using either your phone number or email address. Fortmatic will send you a code via text or email so you can log in.

Logging in to a Fortmatic-supported dApp is similar, in that you will be given the option to sign in with Fortmatic and then use your phone number or email to receive an authentication code.

This process of logging in with Fortmatic is much simpler than alternative platforms on the market.

Should You Use the Fortmatic Wallet?

By now you should have a basic idea of what Fortmatic is, and who the Fortmatic wallet is for.

If you frequently sign in to Ethereum-based applications, Fortmatic can help you log in faster and more securely. It also provides optimum security for your Ethereum coins, combined with the simplicity of an online wallet.

However, for traders or investors who simply want a flexible Bitcoin wallet to store various coins in, Fortmatic might not be your ideal choice.

If you want to make the most of your crypto investments, keep reading our blog to compare other crypto platforms. 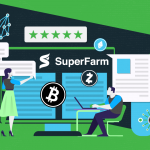 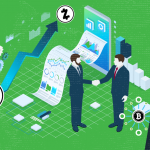