Whether you have been in the crypto space awhile or are just starting to learn about cryptocurrencies, you have likely heard of many ways that you can get free coin. One of the simplest ways to get free coin is through the use of crypto faucets. Crypto faucets pay you for completing simple tasks, such as completing captchas or watching an ad. They are simple ways for anyone, including people who don’t know where to start, to gain a little bit of crypto without having to pay for it.

What exactly is a Cryptocurrency Faucet?

Crypto faucets got their name because much like water drips out of a faucet, these websites drip cryptocurrencies into your wallet. On the majority of these sites, you can claim free currency after a set amount of time, usually between 5 minutes and one day, or by completing very simple tasks. They are an easy, accessible way for new users to get involved without any financial risk. It is important to note that while the amount of currency you get from these sites varies, it is a small amount… you won’t get rich quick. Bitcoin faucets specifically give awards in Satoshis (0.000000001 BTC).

Some sites function like a lottery by allowing users to get a random number that corresponds with a certain bitcoin, or other digital asset,  award and offer the chance to gamble their winnings afterward. Most, but not all, crypto faucets do not allow you to withdraw your earnings to another wallet until you have reached a minimum amount for payout. The minimum payout value varies per site and depending on how frequently the faucet is utilized the user.

How Can I Profit?

While the amounts these crypto faucets are paying out is usually quite small, most users hope the value of the currency they are getting will rise in the future. This belief is well-grounded, considering the first faucet which operated around 10 years ago gave users 5 bitcoin simply for joining the site as a way to spread the word about bitcoin. At an estimated value of around 40 cents at the time, the value of those 5 bitcoin has grown beyond 180 thousand US dollars. Seeing the success of Bitcoin faucets, people began to duplicate the idea for other cryptocurrencies such as Ethereum and Dogecoin to popularize their currencies. As the value of many other cryptocurrencies continue to rise, having a small amount of less mainstream currencies could offer incredible long term benefit.

After signing up and earning some crypto, it will either go to a wallet you provide during signup or will go into a micro-wallet that the crypto faucet site provides. A micro-wallet is much like a regular wallet, except it can only hold small amounts of currency earned on the site.  They are used because some amount of the currency needs to be accumulated, otherwise the transfer fees to an external wallet would use up all of your earnings. On sites without instant withdrawal, the currency will sit in a micro-wallet until the minimum is reached and then the user either has to manually transfer their earnings or the site will automatically transfer the earnings to an external wallet.

Where Can I Find a Crypto Faucet?

Bitcoin Faucets are without question the most popular group of crypto faucets. Users earn small amounts of bitcoin (satoshis) for completing tasks, taking surveys, and, often, referring other users.. Below are some of the more popular bitcoin faucets.

are without question the most popular group of crypto faucets. Users earn small amounts of bitcoin (satoshis) for completing tasks, taking surveys, and, often, referring other users.. Below are some of the more popular bitcoin faucets.

Altcoin Faucets give users the opportunity to earn digital assets other than bitcoin, which can sometimes mean the chance to get in early on a new crypto project. Like bitcoin faucets, altcoin faucets offer a variety of ways to each coins or tokens, from watching videos, to clicking on ads, to playing games and gambling. Many of them support more than one crypto, so you can choose which ones you want to get paid in. Check out some popular altcoin faucets:

And don’t miss our post on the top XRP faucets

Crypto faucets are an easy, low-risk way to attain cryptocurrency without having to spend any fiat. They will never be a primary source of income but the chance of a long-term gain attracts many users. 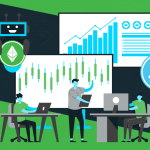